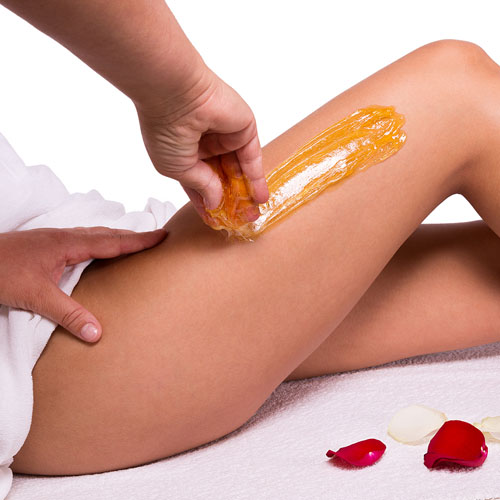 This treatment is perfect for those whose skin reflects early signs of aging and who cannot afford the recovery time associated with other procedures.

Pseudofolliclitis barbae (pronounced “SOO-doh-foh-lik-cue-LEE-tis BAR-bay”) is a medical term for persistent inflammation caused by shaving. It is also known by the initials PFB or the term “razor bumps”. The etymology come from “pseudo” (false) “follicle (hair) “itis”(inflammation) “barbae” (of the beard).

PFB is most common on the male face, but it can also happen on other parts of the body where hair is shaved or plucked, especially areas where hair is curly. After a hair has been shaved, it begins to grow back. Curly hair tends to curl into the skin instead of straight out the follicle, and in a close shave, the hair may be cut off just below the skin’s surface. PFB can make the skin look itchy and red, and in some cases, it can even look like pimples. These inflamed papules or pustules can form especially if the area becomes infected.

This is especially problematic for men of African decent, and other people with curly hair. If left untreated over time, this can cause keloid scarring in the beard area.

A related condition, Pseudofolliculits barbae, occurs on the back of the neck, often along the posterior hairline, when curved hairs are cut short and allowed to grow back into the skin. Left untreated, this can develop into acne keloidalis nuchae, a condition where hard, dark keloid-like bumps form on the neck.

Prevention and treatment varies by person. Some males use shaving powders (a kind of chemical depilatory) to avoid the irritation. Others may use a razor with a single blade or special wire-wrapped blade to avoid shaving too closely. Some men trim instead of shaving or grow a beard. In severe cases or in occupations where shaving is a requirement (such as the military), some men get electrolysis, laser or use exfoliating products to minimize PFB.

A strand of hair is an outgrowth of dead cells and the protein keratin that grows up from the hair follicle. Each hair shaft grows about 1/4 inch per month, depending on what stage of growth — active or resting the hair is in. Genetics determine how many hair follicles we have since no new follicles are formed after birth. A woman’s legs and arms contain an average of 13,500 hair follicles.

Ingrown hairs are an annoying consequence of shaving and waxing. They occur when a hair curls into the skin and grows in the wrong direction, resulting in a red, irritated bump that can become infected. Though relaxing the muscles during shaving and waxing is said to help prevent ingrown hairs, they can still happen. Some people recommend plucking the hair using sharp-pointed tweezers and then cleaning the area with peroxide; others say it’s best to leave ingrown hairs alone to heal themselves. To help avoid ingrown hairs, rub your skin vigorously with a towel or exfoliating sponge every time you bathe.

The LightSheer’s excellent safety profile for all sin types including the darkest skin, makes it a safe, effective and revolutionary alternative for the treatment of pseudofolliculitis barbae.