Photobiology Of The Skin 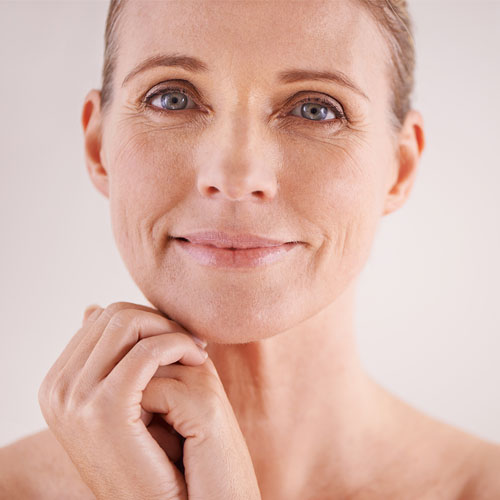 The objective is to gain a better understanding of the processes of conventional permanent hair removal compared to intense light and laser hair removal. The reader will be given a general view of the integumentary system and how it functions, and learn the different types of skin and their diversity in exposure to light. There is also a review of adverse effects of light and chemicals that cause photosensitivity to skin.

The science of the interaction of light and living matter is called photobiology. The fundamental, or first, law of photobiology is that light must enter a substance to produce a chemical or physical change in that substance. No entrance, no change. When light enters a particular substance, energy is transferred to that substance and in some manner the substance will undergo a change. An activated particle will be formed. These activated particles may be molecules, atoms or free radicals (out of control oxygen molecules.) Electrologists must move beyond the mechanical side of treatment with the assumption that all skin is the same. This article will approach the treatment of different skin types and or different skin conditions by defining each skin type, and discussing skin conditions that the electrologist may be called upon to treat. This will include types of skin damage both from permanent hair removal and environmental.

In the late 1800’s it was discovered that sunlight shining on a zinc plate would give it an electrical charge. It was later determined that this happened to all metals. This is called the photoelectric effect. This caused the temperature in the metal to rise. Our bodies are filled with electrolytes that are capable of conducting electrical current, therefore they act like metal in conducting current. The photoelectric effect is the reason the sun warms us when we expose ourselves to its rays. The first law of thermodynamics is “There is no new energy produced, only energy being converted to other forms of energy. There is also no energy lost, just converted to other forms of energy. We see this in the conversion of solar energy to heat and we see this by watching water run downhill because of the force of gravity, or the natural magnetism of the earth. We also see the harnessing of power by solar panels that can heat our homes or even generate electricity. By reviewing the electromagnetic spectrum or areas of definable light we may better understand the process of using light to permanently alter the skin tissue to accomplish our goal of successfully eliminating the hairs permanently without doing unnecessary damage to the skin. Lets view the electromagnetic spectrum as defined by this chart.

The electromagnetic spectrum of light

X-ray was once used to remove hair in the 1930’s. We know that X-rays are produced by X-ray tubes that emit light of a certain wavelength that passes through normal soft tissue. X-rays have more difficulty passing through bone and tissue masses and is used in diagnosis of broken bones or in tissue growth such as tumors or necrotic tissue. Those using the X-rays for hair removal were somewhat aware of the dangers of extensive exposure and they used lead shields ( through which X-ray light does not pass), or filtered the X-rays through various metals such as copper and aluminum in an effort to control the depth to which they penetrate. They tried to control the voltage to the X-ray tube but realized that the X-rays that were weak only removed the hair temporarily and if the rays were strong enough for permanent hair removal, they included permanently disfiguring the skin. Atrophy of skin tissue and elimination of bone tissue occurred in many cases. These were usually latent effects and did not present themselves until months or even years after treatment. Many experienced X-ray scars, or large white splashes of thickened skin covered over with a multitude of bright red, minute blood vessels. Others experienced permanent dry, scaly skin, enlarged and unsightly blood vessels, brown spots intermixed with white spots, small depressions and hollows from bone loss, wrinkling and wart like growths, an exaggeration of what some individuals experience after long exposure to the sun’s rays. Needless to say, many of these individuals faced the possibility of ultimate formation of X-ray cancer.

Ultraviolet light comprises 5% of the sun’s energy alongside visible light that comprises 35% of the sun’s energy and infrared that comprises 60% of the sun’s energy according to Dr. Peter T. Pugliese, M.D. in his article “Sun’s Effect on the Skin”. It is extremely important for electrologists to understand the effects of ultraviolet light when evaluating skin for treatment. Much of the ultraviolet light (UVC) below 150 nanometers (a very short wavelength) is absorbed by the ozone layer in the atmosphere. Let’s first focus on UVB light in the range of 280 nanometers to 320 nanometers, UVA in the range of 320 nanometers to 380 nanometers and visible light from 400 to 700 nanometers because these are the most damaging. The wavelength will affect the depth the light will travel into the skin. UVA travels deeper than UVB and visible light travels deeper than UVA. Tanning Booths emit UVA which is of longer wavelength and goes deeper into the skin.Very little visible light is absorbed by living cells unless the cells are pigmented. This pigmentation includes melanin and red corpuscles and is called chromophores. Chromophore means color bearing.

Infrared rays measure over 700 nanometers and is the source of warming energy that we get from the sun or an electric heat source. Infrared light can pass through the body. Infrared is also known as heat light. You can get infrared heat from an electric or gas heater.The only known effect of infrared light on skin is dilation of blood vessels that transport blood to and from the skin for cooling.

Galvanic or battery power is a product of electrochemistry or light converted to electrical energy. Electrologists use the electricical energy to produce a chemical change within the hair follicle. This is accomplished by attaching an electrode carrying a positive charge of electricity that is conducted by the electrolytes that react like metals in the body. The tiny electrode inserted into the hair follicle carries the negative flow of energy. The current flows from negative to positive. The chemical change that begins at the location of the negative electrode is called ionization. The blood is comprised of water and contains a large amount of sodium chloride (salt), which makes it an ideal conductor of electrical current. The active current causes the water molecules to split (H2O ionizes into a hydroxyl ion(OH) and hydrogen ion(H). Salt molecules (sodium chloride) (NaCl-Na for sodium and Cl for chlorine)are broken down and reassembled to become 2NaOH or sodium hydroxide.H2 (Hydrogen gas) and Cl2 (Chlorine gas) are released in the process. These gases rise to the epidermis during treatment with direct current, bringing follicular debris along with them. The sodium hydroxide or lye that remains in the follicle then decomposes the vascular tissue (dermal papilla) that supports hair growth. The longer the current is allowed to flow, the greater the area of destruction. Oil or fats act as an insulator in the use of galvanic current.

These are radio waves. Radio waves are actually long wave light when compared to ultraviolet and other more intense forms of light, although it is referred to as shortwave. Radio waves also get conducted through the body, refracted, scattered and absorbed. This causes the body to heat up inside. Radio waves may even be amplified by the body. We can demonstrate this by touching the television antenna and watching the picture get better. The shortwave method of permanent hair removal is simply the introduction of radio waves via a tiny electrode into the area at the bottom of the hair follicle. The moisture in the vascular cells then resist the current flow and heat up. Fats are also a factor in this resistance. Fats actually heat up faster than water. Shortwave operates on the same principle as the microwave oven. The coagulation of vascular tissue in the follicle results in a microscopic burn from heat generated. The area of destruction varies with the intensity of the current and duration of exposure.

Lasers are intense beams of light that are monochromatic and coherent. This means that all the light is of the same wavelength and is emitted in a column. Intense light or amplified light has been produced either through crystals or gasses and emitted as colored light of a specific wavelength. These lasers target pigment only in the skin. The Yag laser, used for hair removal targets melanin. Ruby lasers are red and target melanin. These lasers do not affect red corpuscles. Some lasers are not recommended for hair removal. One example is the Argon laser, which emits a green light that targets red. Another is the CO2 (carbon dioxide) laser that has the ability to ablate the epidermis and is the laser used for skin resurfacing.

Information & text furnished by:
Shelby Owens, CME, ©1998, www.laseawayhair.com
Do not reprint without permission of author.