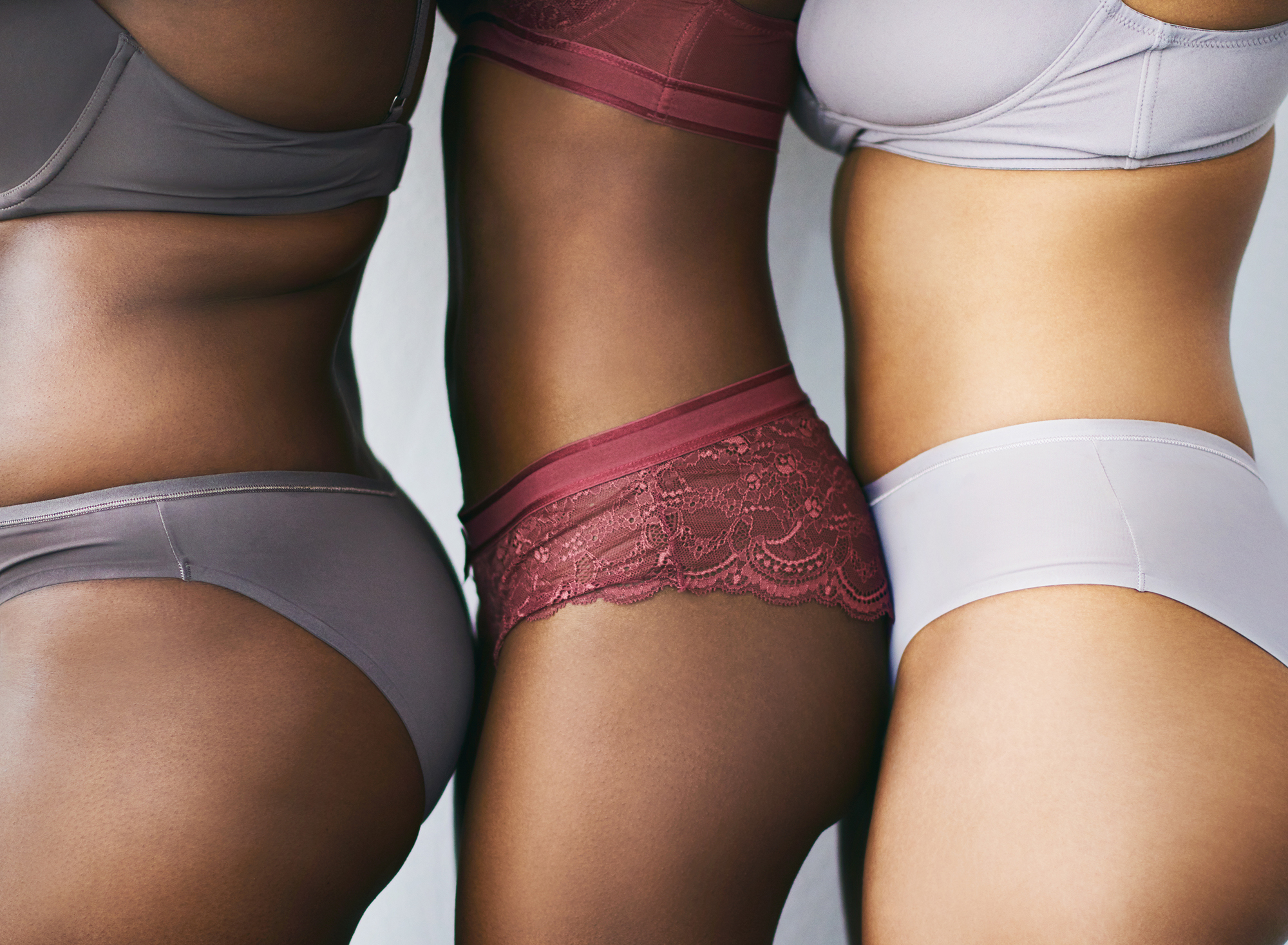 Pubic hair is the hair in the frontal genital area and in the crotch, and sometimes at the top of the inside of the legs; these areas form the pubic region.

Although fine vellus hair is present in the area in childhood, the term pubic hair is generally restricted to the heavier, longer hair that develops with puberty as an effect of rising levels of androgens on the skin of the genital area.

Before puberty, the genital area of both boys and girls has very fine vellus hair, referred to as Tanner stage 1 hair. In response to rising levels of androgens as puberty begins, the skin of the genital area begins to produce thicker, often curlier, hair with a faster growth rate. The onset of pubic hair development is termed pubarche. The change for each hair follicle is relatively abrupt, but the extent of skin which grows androgenic hair gradually increases over several years.

In most girls, pubic hair first appears along the edges of the labia majora (stage 2), and spreads forward to the mons (stage 3) over the next two years. By 3 years into puberty (roughly the time of menarche for most girls), the pubic triangle is densely filled. Within another 2 years pubic hair also grows from the near thighs in most young women, and sometimes a small amount up the line of the abdomen (linea) toward the umbilicus.

In boys, the first pubic hair appears as a few sparse hairs on the scrotum or at the upper base of the penis (stage 2). Within a year, hairs around the base of the penis are too numerous to count (stage 3), and within 3 to 4 years, hair fills the pubic area (stage 4), and by 5 years extends to the near thighs and upwards on the abdomen toward the umbilicus (stage 5).

Other areas of the skin are similarly, though slightly less, sensitive to androgens and androgenic hair typically appears somewhat later. In rough sequence of sensitivity to androgens and appearance of androgenic hair, are the armpits (axillae), perianal area, upper lip, periauricular areas (sideburns), periareolar areas (nipples), middle of the chest, neck under the chin, remainder of chest and beard area, limbs and shoulders, back and buttocks.

Although generally considered part of the process of puberty, pubarche is distinct and independent of the process of maturation of the gonads that leads to sexual maturation and fertility. Pubic hair can develop from adrenal androgens alone, and can develop even when the ovaries or testes are defective and nonfunctional. There is little if any difference in the capacity of male and female bodies to grow hair in response to androgens. The obvious sex-dimorphic difference in hair distribution in men and women is primarily a result of differences in the levels of androgen reached as maturity occurs.

Patterns of pubic hair vary among people. On some people, pubic hair is thick and/or coarse, while on others it may be sparse and/or fine.

Pubic hair and axillary (armpit) can vary in colour considerably from the hair of the scalp. In most people it is darker, although it can also be lighter. On many men, pubic hair colour is closest to the colour of their beards (before their beards start turning white with age), which again can vary from the colour of the hair on top of the head. On most women, the pubic patch is triangular and lies over the mons veneris, or mound of Venus. On many men, the pubic patch tapers upwards to a line of hair pointing towards the navel. As with axillary (armpit) hair, pubic hair is associated with a concentration of sebaceous glands in the area. Like other hair, pubic hair may be infested by lice, with a specific category of pubic lice.

It is believed that the functions of pubic hair include the dissemination of phermones and protection from the friction of sexual intercourse.

In Japanese drawings pubic hair is often omitted for legal reasons, as for a long time the display of pubic hair was not legal. The interpretation of the law has since changed.

In Islamic societies, removing the pubic hair is a religiously endorsed hygiene practice, ranked along with circumcision, clipping the fingernails, brushing the teeth, etc.

Before the twentieth century, fine-art paintings and sculpture in the Western tradition usually depicted women without pubic hair. John Ruskin, the famous author, artist, and art critic, was apparently accustomed to these depictions and unaware of the actual appearance of nude women. On his wedding night, he was allegedly so shocked by his discovery of his wife Effie’s pubic hair, that he rejected her, and the marriage was legally annulled. Francisco Goya’s The Nude Maja was probably the first European painting to show woman’s pubic hair, though others had hinted at it.

Trimming or completely removing pubic hair has become a custom in many cultures. The methodology of removing hair is called depilation (when removing only the hair above the skin) or epilation (when removing the entire hair). It is a common practice in the Islamic world for either sex (men usually prefer trimming or shaving, women prefer complete removal by waxing or shaving) and since the 1960s it has become popular to trim or completely remove pubic hair in Western societies.

Different cultures have different shaving habits as well as different reasons for why they modify or remove pubic hair, which include:

Among the more popular styles of trimming and styling the pubic area, include the following:

(refer to Brazilian Bikini Waxing/Lasering for a more detailed description).

One who has a preference for hairless genitals is known as acomoclitic.

Pubic hair is usually removed or reduced through use of shaving, but oftentimes for more long-term removal, wax or a mechanical device is used to pull the hair out at the root.

The trimming or removal of body hair by men is sometimes referred to as manscaping. In Naturism, nudists who remove all of their body hair (and pubic hair in particular) are called “smoothies”.

In the 1990s a permanent method of hair removal evolved with many opting for more permanent removal of pubic hair. This method involves the use of focused, high power light. This type of depilation falls under two main categories: IPL (intense pulsed light) and laser epilation. IPL uses a broad spectrum (white) light, and laser epilation uses a very specific wavelength (colour) of light to destroy the hair-producing gland, the follicle. Unlike some temporary methods, light epilation not cause razor bumps, ingrown hairs or dermatitis.

A full list of methods to remove pubic hair includes: