Are you tired of stubborn fat under your chin, that roll of bra fat, or the fat pockets on your knees? The CoolMini is the most advanced non-invasive fat reduction treatment dedicated for smaller areas such as the neck and around the bra and knees

CoolSculpting is the #1 non-invasive, non-surgical fat reduction procedure worldwide. CoolSculpting freezes fat cells using Cryolipolysis (controlled cooling) technology to target, crystallize, and kill stubborn fat cells in problem areas like love handles and the stomach. In the weeks following the treatment, these fats cells are naturally processed and eliminated from the body – and stay away for good.

REDUCE YOUR DOUBLE CHIN WITH THE COOLMINI

CoolSculpting has proven so successful, that the treatment has now been adapted to treat submental fat (ie: double chin) with the CoolMini applicator. Using the smaller, specialized applicator that curves around the shape of the body, the CoolMini applicator can target problem areas like the chin as well as knees and armpits. CoolScultping typically removes 20-40% of fat from the target area, resulting in a tighter, thinner, fitter appearance.

There are no needles, no anesthesia, no pain medication, no downtime, no special diets…just lasting results. You can visit the Cool Mini website for real pictures of real patients with real results. From popsicles to CoolSculpting®

The Story of Coolsculping is almost as interesting as results of the treatment itself. Years ago, scientists at Harvard University observed that some children who ate popsicles developed dimples in their cheeks. This led Dieter Manstein, MD, and R. Rox Anderson, MD, to realize that ice can selectively damage small pockets of fat cells.

This idea that cold can target fat cells—without damaging the skin or surrounding tissue—was the insight behind cryolipolysis, the science on which the CoolSculpting® procedure is based. 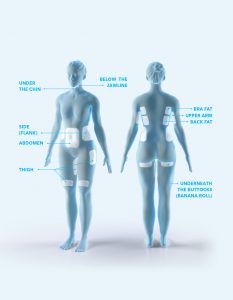 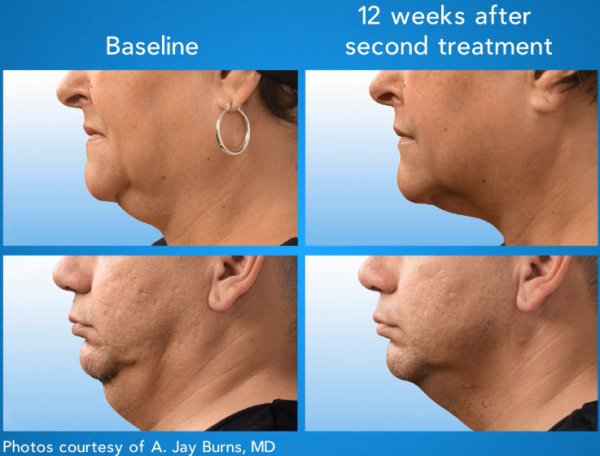 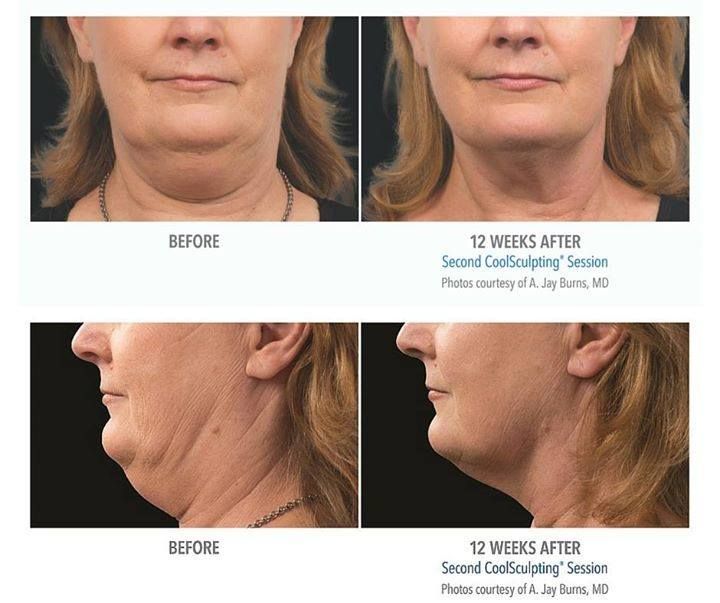 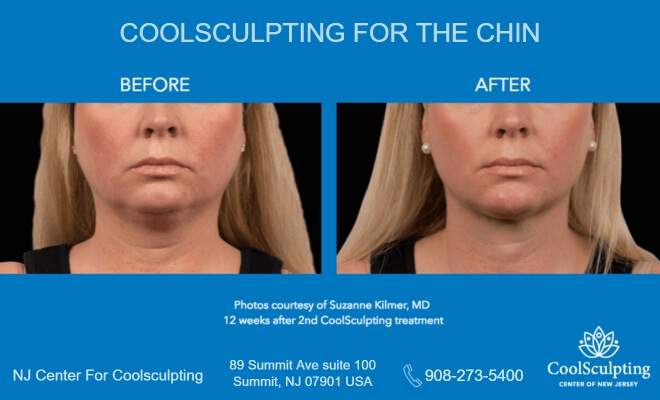 HOW DOES COOLMINI WORK?

Developed by Harvard scientists, this unique, FDA-cleared, patented procedure uses a process called cryolipolysis. It is a targeted cooling process that kills the fat cells underneath the skin, literally freezing them to the point of elimination. Only fat cells are frozen. Your healthy skin cells remain healthy.

The CoolMini is optimized to capture and effectively treat smaller bulges. It slowly cools the fat until the fat cells break down without damaging surrounding tissues. The results are truly remarkable. No needles, no surgery, no downtime!

Visit our CoolSculpting page and learn how this treatment is also great for other areas of the body such as the love handles, abdomen, and thighs.

WHAT CAN I EXPECT DURING MY APPOINTMENT?

As with CoolSculpting, we always complete an assessment before treatment to ensure you are an idea candidate for the CoolMini. If we decide you are, your treatment will be scheduled.

At the time of treatment, the CoolMini applicator will be placed under your chin where it can specifically target persistent fat cells. As with CoolSculpting, you may have sensations of pulling, tugging, or pinching until the area becomes numb. After the device is removed, your provider will massage the area to break up any frozen deep tissue.

Following your treatment, you may experience redness and occasional numbness or tenderness. The treatment time can be up to one hour and is ideal for both men and women.

HOW LONG WILL MY RESULTS LAST?

Most patients see their idea results with one to two treatments. Typical results are reached after two or three months, and the fat-flushing process continues for up to six months after the initial treatment.

Your results can last for months or years. As long as you maintain a healthy lifestyle and do not gain weight, you can preserve the results of CoolMini for a long time.

Whether you are looking to book a Virtual Consultation or an in person assessment and complimentary consultation at either location, we always book a full 1 hour to 90 minute appointment to ensure we answer all your questions

Book in Hamilton Book in Burlington